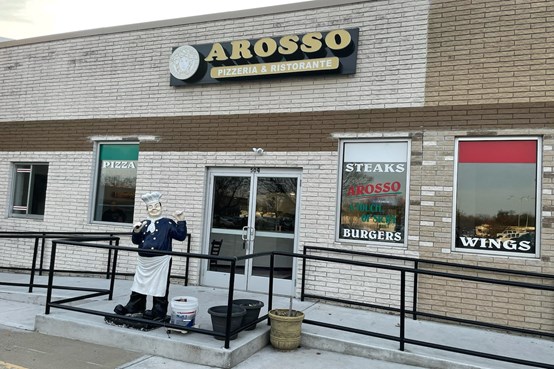 After 10 years at the bustling corner of Lincoln Highway and Arleans Avenue, owner Dave Monterosso relocated his Italian restaurant, Arosso, A Touch of Sicily, inside the shopping center to a brand-new storefront.

The eatery’s new location is adjacent to Big Lots and in a portion of the former Family Dollar store in the Lincoln Highway shopping center anchored by Funzilla. In response to the pandemic, the new space is about 3,000 square feet, as compared to the 5,200-square-foot size of the original restaurant.

The new location seats about 45, while Arosso’s banquet room holds another 60 people. 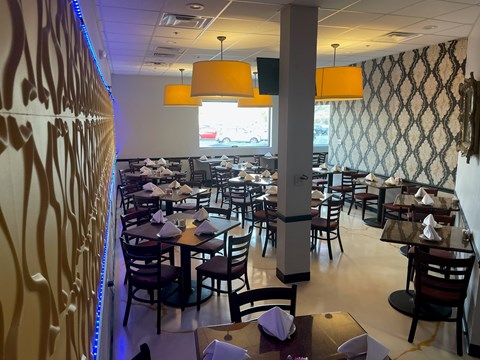 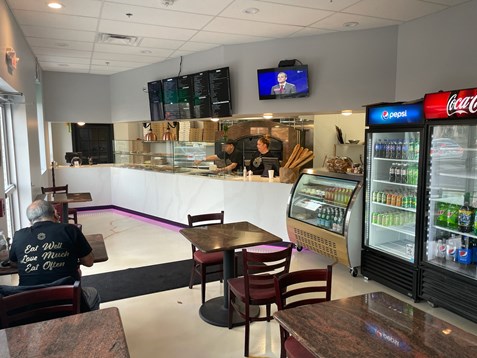 Arosso still has a curbside pickup window and an outdoor patio, same as before.

“I have everything that I had before, it’s just downsized because of the era we’re in,” he said. “It’s also less of an overhead.”

In the wake of the pandemic, Monterosso described business as a “rollercoaster” with plenty of ups and downs. Still, he continues to persevere, joking that he will work eight days a week if needed.

“If I have to work an extra five hours a day that’s what I’ll do,” he said.

His hard work has paid off with Arosso’s reputation for excellent food. Already known for its gluten-free recipes, including pizzas, pasta, and breadcrumbs, Monterosso said Arosso will offer a vegan menu in conjunction with the new location.

He takes pride in the fact that the entire menu can be gluten-free. Best of all, the restaurant’s gluten-free calzones, cheesesteaks, hoagies, mozzarella sticks, onion rings and chicken fingers taste the same as non-gluten-free choices.

“You cannot tell the difference,” he said.

The exception is pizza, which has a slightly different texture when made without gluten. The result is a healthier option that customers rave about.

The restaurant specializes in more than a dozen wood-burning style pizzas, as well as made-from-scratch pasta dishes, seafood, and a variety of sandwiches. Pasta dishes, house specials and entrees featuring crab and shrimp are among customer favorites, according to Monterosso. 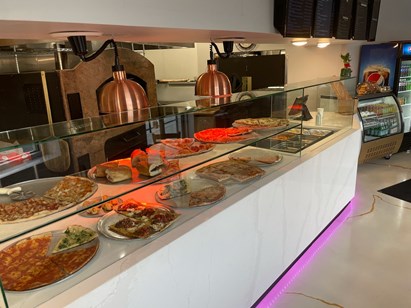 “Our burgers are getting very famous,” he added.

The eatery features a variety of lunch and dinner choices.

Monterosso grew up in the restaurant business. Before he was even born, his father had worked for and owned pizzerias in New York, Virginia, and New Jersey.

Before opening Arosso, the Monterosso family had owned Café Monterosso on nearby Makefield Road.

When it came time to delve into a new restaurant venture, Monterosso and his family literally transformed a shuttered diner to the original Arosso restaurant. Together, the family demolished the building and designed and framed out the space. The family did “everything except plumbing and electric.” The same is true with the new space as well.

Running the restaurant is similar in that Monterosso and his mother, father and nephew wear many hats. Monterosso shares food prep, cooking, cleaning, and serving duties – along with overseeing the business.

Arosso, A Touch of Sicily is located at 504 Lincoln Highway in Fairless Hills. The restaurant is BYOB. Its hours of operation are from 11 a.m. to 9 p.m. Monday through Friday; 11 a.m. to 9:45 p.m. Saturday; and noon to 9 p.m. Sunday. Takeout, catering, and delivery are all available. The restaurant also has space available for special occasions. For more information, call 215-295-1311 or visit https://www.arossorestaurant.com/#/.