When Ed Hudson, a retired engineer, announced to his wife, Denise, that he planned on opening thrift stores, her response was, “What do you know about thrift stores?”

She had a point. Four years ago Ed had never even been inside a thrift store. Yet, he knew the founders of Impact Thrift Stores and decided to follow their lead in selling donated items to benefit charity.

In June 2013 Ed, along with Scott Coppola and Bob Clark, opened the first Good Stuff location in Doylestown. By September of that year the 23,000-square-foot Falls Township location opened at the former Langhorne Ski and Sport on Lincoln Highway.

Since then, Ed, the CEO of the nonprofit organization, has opened two more smaller, boutique-style stores, one in Buckingham and one in Hamilton, N.J. Despite working 40 to 50 hours a week, he and the CFO, Scott Coppola, do not take a salary.

“We were looking for local Christian organizations that help kids,” Ed said. “We wanted to be able to give a significant amount to them.”

Good Stuff contributes as much as possible to Bethany Christian Services, Choice One, Deserving Décor, Christ’s Home and Hunting Park Christian Academy. In 2014 and 2015, Good Stuff donated a total of $200,000 to the charities. For 2016, Ed said the goal is $150,000 or more. The idea is not to expand the number of charities supported, but continue to increase the amount of contributions.

“Ed had always had big dreams,” said Denise, who traded her work as an executive in large pharmaceutical companies to manage the Falls store. “He’s always been growing the store in advance of us having the business.”

Most recently she said Ed put up 50 percent more shelf space in the store’s home décor area – during the slowest time of the year for bric a brac donations.

“We just prayed for donations and we’re getting them,” she said. “We set it up and it takes off. He’s generally right.”

The stores rely on donations to keep shelves filled and various items, from clothing, to housewares, furniture, electronics, books, movies, music, toys and more, available for purchase. At Falls, 25 of the stores’ 200 total volunteers help with everything from processing of donated goods to pricing merchandise at roughly 15 to 30 percent of its original price to putting it out on the floor. Good Stuff employs 65 workers in total at all of its stores.

“Some volunteers work every week, some come in monthly and others just surprise us by showing up,” Ed said.

The Falls store handles 1,600 transactions weekly, according to Denise, who said sales grew 25 percent the second year and 15 percent so far in 2016. 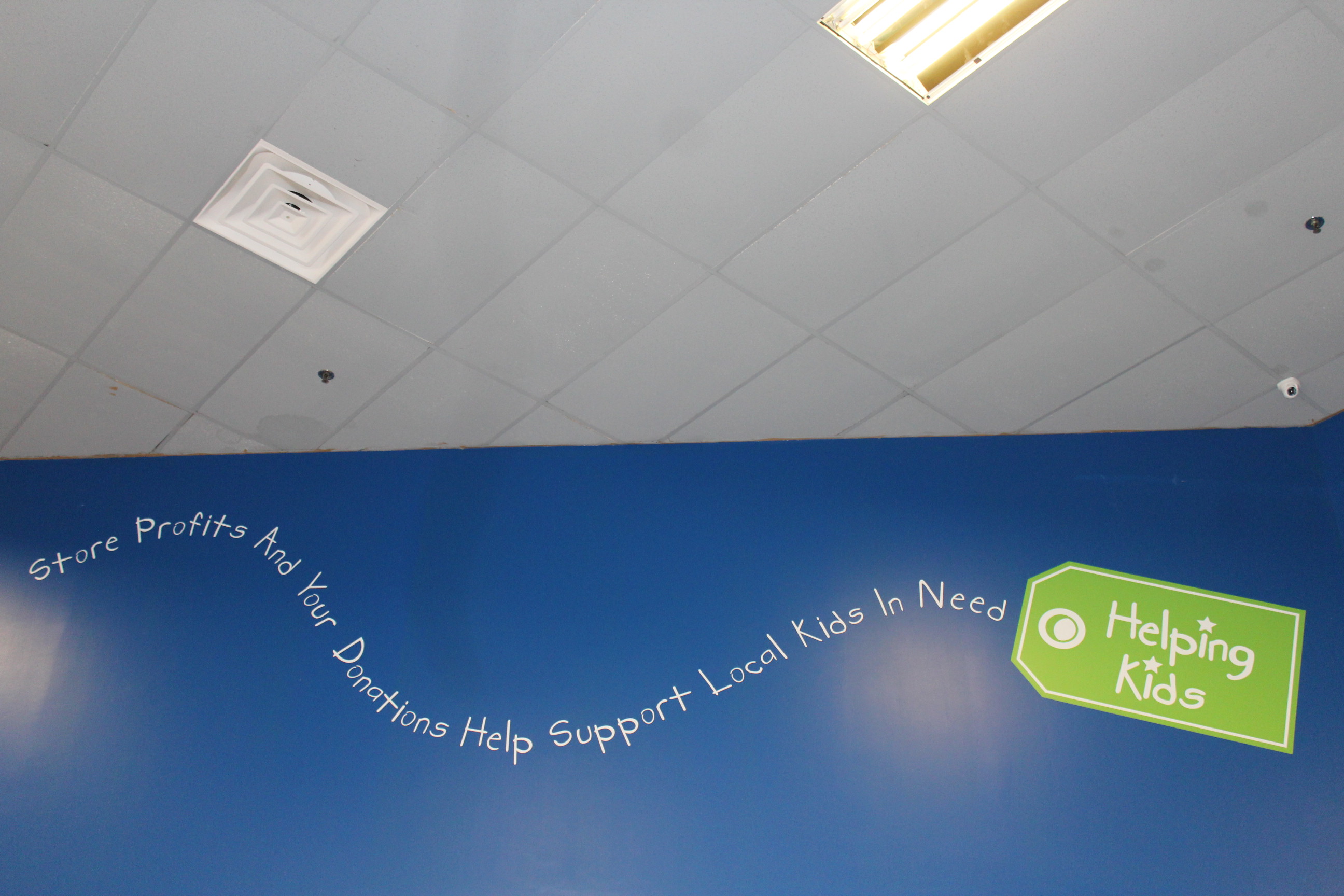 In addition to benefiting children, shoppers never know what they might find at Good Stuff. Silent auction items have sold for hundreds of dollars or more. Last year the store sold a Vera Wang wedding dress that had been donated and a China set that had been hand-painted in France.

“It’s like a treasure hunt,” he said. “Reusing is better than recycling.”

Good Stuff is located at 543 Lincoln Highway (Business Route 1) in Fairless Hills. The store is open Monday through Friday from 9 a.m. to 8 p.m. and Saturday from 9 a.m. to 7 p.m. The store accepts donations from 10 a.m. to 6 p.m. Monday through Saturday. Pickup can be arranged for large items. Good Stuff provides customers with a loyalty card. Customers receive a punch for every $15 spent. After 10 punches, customers earn $15 in merchandise. For more information, call 215-428-2800 or visit www.goodstuffthrift.org.