Smaller menus. More seasonal offerings. A pivot to takeout only. That is longtime chef Kim Quay’s recipe for continued success at her business, ComfortFood and Kitchenette.

Quay and her team took a two-month breather in spring 2021 to rest and regroup. The reopening in May has been a return to the fast-paced environment of her small but mighty eatery.

“We’re so grateful to the community of people that really value us as a business,” Quay said. “People have been so great to us, so understanding. They’re so excited to have us back. The business has a whole new feeling to it, a new excitement.”

The ComfortFood team of eight has been busy brainstorming new menu offerings, like the Chicken Tendie Hoagie, which is served on a toasted roll, with green garlic herb ranch, Breakaway Farms bacon and smoked jalapeno cheddar. Other seasonal eats include a vegan Spring Garden Pizza topped with grilled asparagus, charred ramps, creamed kale and cashew cheese; and a strawberry and basil cheesecake with a ginger graham cracker crust and roasted strawberry compote. High-demand items like Butternut Mac-n-Cheese, Turkey Chili, and Turkey Meatloaf are still “constants” on the menu. Two soups are also available daily. ComfortFood continues adding more vegan and gluten-free offerings to its menu.

What is not available is a place to eat your scratch made meal at ComfortFood.

“COVID closed our dining room for us,” Quay said. “Once that happened, we kind of just took it as a sign. Having a dining room brings this place to another level of labor and work that we were OK to walk away from.”

Transitioning to takeout only made the business more “manageable” to staff. 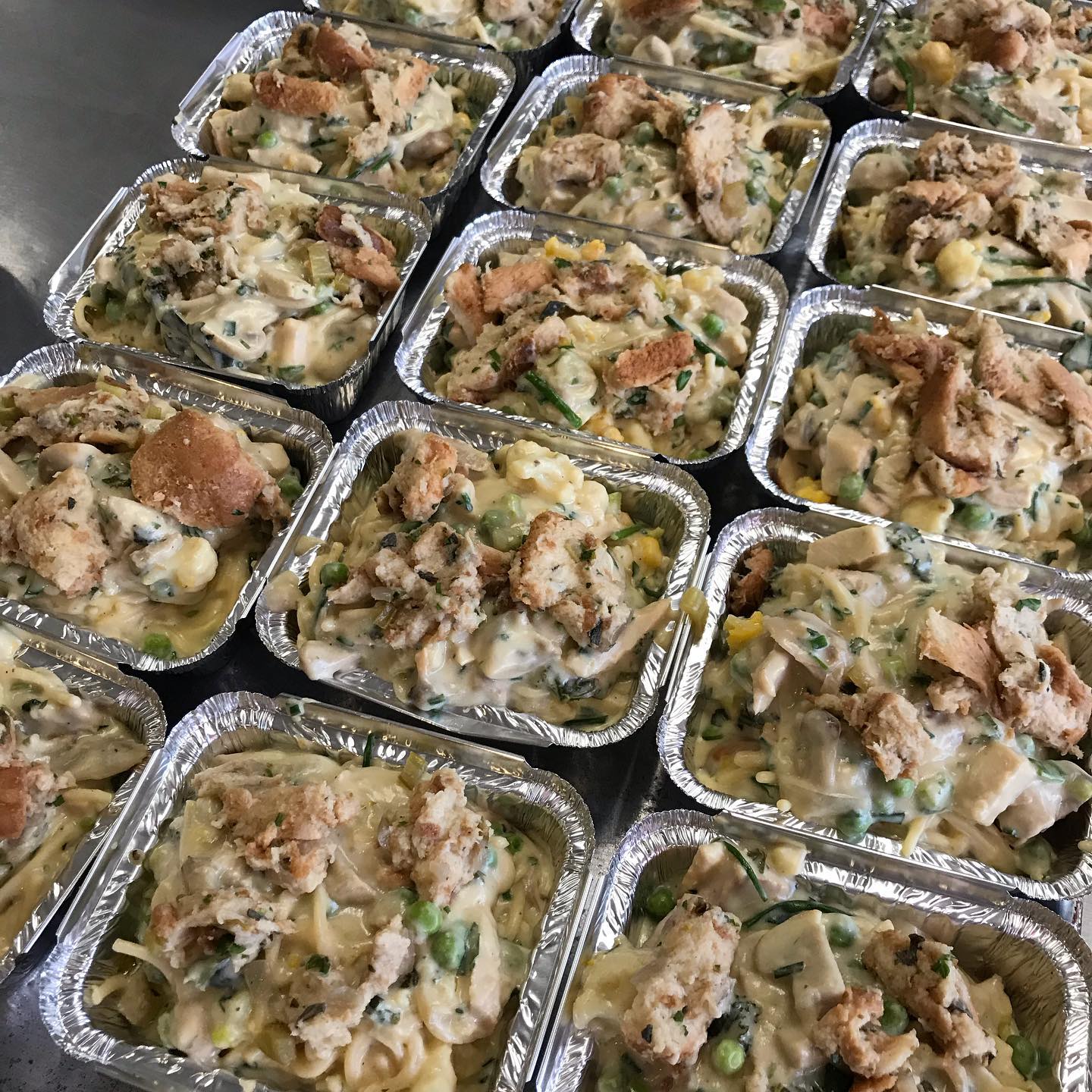 Customers have two options when ordering from ComfortFood: Order food from the cold line, with heating instructions for eating at home, or order ready-to-eat meals from the hot line. Orders can be placed over the phone or by walking in during regular business hours.

The takeout only model has worked. On average, ComfortFood prepares 25-60 orders per day. Customers can enjoy an “incredibly well-thought-out, beautifully made scratch meal” for roughly $10 to $16, with some items, including Coconut Poached Salmon, priced slightly higher. 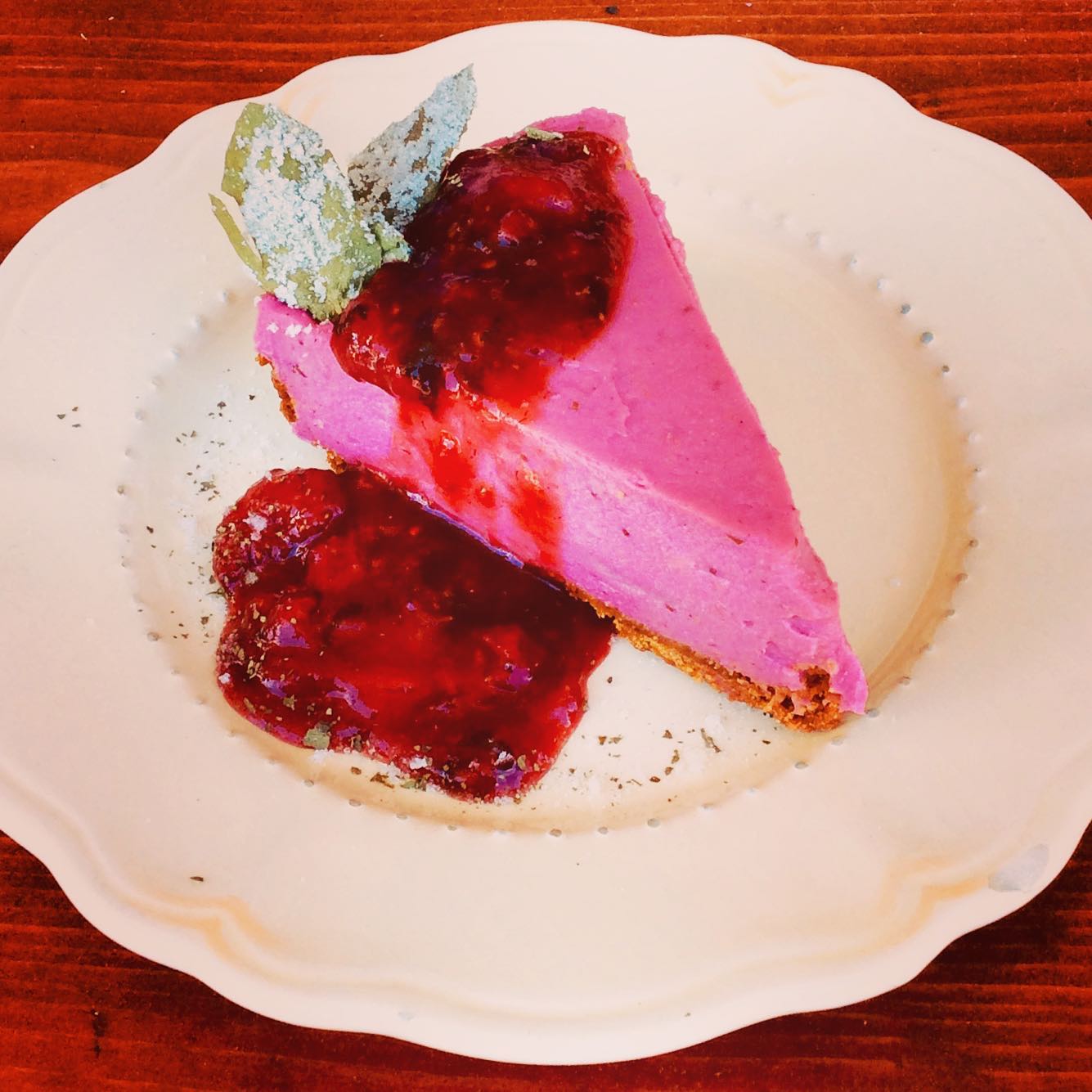 The goal, besides whipping up amazing homemade meals and desserts, is to “be some place that’s always known as reasonable,” she said.

Quay, who has been cooking professionally for upwards of 30 years, follows a different business model than is commonly the norm.

“We pay everyone who works in this building a living wage,” she said. “We support local farms. We’re running a different kind of kitchen than your average restaurant. We’re running a place that is sustainable for us and the community. To me, that’s a really big deal.”

Even as restrictions are eased, Quay said she has no plans to reopen the dining room for eat-in service. Eventually she hopes to offer private events and the ability to rent the room for parties and popup events.

While Quay is the head chef and owner at ComfortFood, she stresses that meal prep and menu planning is a team effort.

“We think of these menus as a staff,” she said. “We come up with them together. We workshop them.”
And, by the time customers can order the new items, staff have eaten the dishes at least three or four times.

“This has been my job forever,” Quay said, adding that she has never had a job that was not in foodservice or cooking. “It’s one of the few things that I’m really good at. I look at cooking as a science and an art.”

Her love of cooking began in high school. She would make and serve dinner to her family in exchange for more phone time with her friends. Eventually, she was hosting fancy dinner parties as a teenager.

“When I was coming up there was no top chefs. I used to watch Julia Child on PBS,” Quay said. “It never occurred to me that I could be a chef.”

She graduated from the Culinary Institute of America in 1990 and began working as a fine dining chef in Philadelphia during the City’s restaurant renaissance.

When she had children some years later, Quay knew she needed a change.

“You can’t work late nights with small children,” she said, referring to the long hours of her former job.

Her family relocated to Lower Makefield so her children could attend Pennsbury School District.

It didn’t take long for her return to the kitchen. By 2005 she reinvented herself with a cooking gig that she tailored around her kids’ schedules. Quay began renting kitchen space to prepare home-cooked meals that she sold in area markets. Her idea took off, and, in no time Quay’s pot pies and other home-style eats were available for purchase in seven to nine markets a week. Eventually, the rigors proved to be too much and Quay, about five years later, had outgrown her cooking outlet.

In 2010, Quay opened ComfortFood and Kitchenette in the Penns Briar shopping center.

“Anybody who doesn’t have the time or the wherewithal to cook can home here and get food like your mom would make, or your wife would make,” Quay said, adding that not all eateries follow her approach. “Our food is better. Most restaurants and caterers don’t make everything that they sell. They rely on things that come in boxes and cans.”

Comfort Food & Kitchenette is located at 437 Alden Ave., in Morrisville. Hours are Monday through Saturday from 11 a.m. to 6 p.m. Catering is also available. For more information call 215-847-5707 or visit www.cfkitchenette.com.