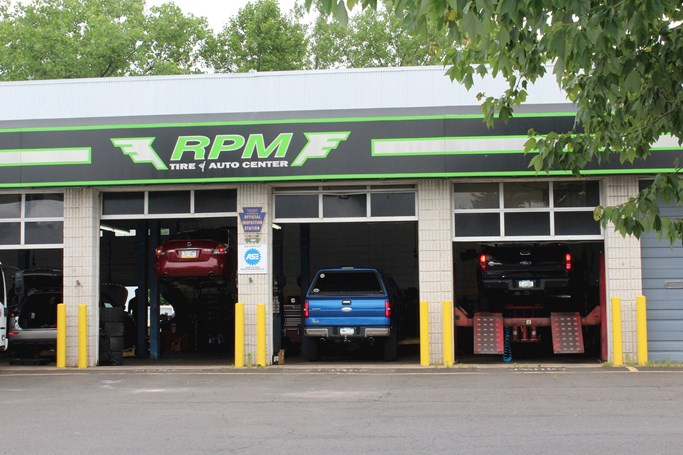 After working in the automotive repair business for a dozen or so years, Steve Chabin realized that his ideals didn’t always match the company’s. So, 15 years ago, he set out on his own, opening an RPM Tire & Auto Center in Falls Township, and later, a second location in Morrisville.

“I always kind of felt there should be a value for the customer as well as the business,” said Chabin, who heads the family owned and operated business. “I do what’s right. It might not fill your pocket as much.”

Chabin and his team of Automotive Service Excellence (ASE) certified technicians fix cars that other service centers pass on. In addition, RPM staff also sets the record straight for customers who were told their vehicles needed repairs when that was not the case.

“I treat people the way I want to be treated,” said Chabin, adding that some shops take advantage of the general public’s limited knowledge of car repairs. “There’s too much business out there to ever need to rip somebody off.” 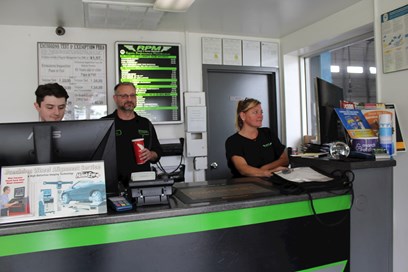 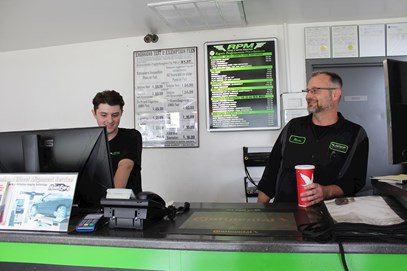 One way he ensures customers come first is to pay technicians hourly rates as opposed to a commission-based salary, which is often standard practice in the industry. Without the incentive of making commission on parts, RPM technicians instead focus on providing the best service possible to customers. Chabin also offers guidance to his technicians to ensure their vehicle repair recommendations align with what is needed.

RPM specializes in routine maintenance such as oil changes, alignment, brakes, tire repairs and replacement, and state inspection and emissions, as well as modifications and performance upgrades.

The shop also does work on classic cars, including a customer’s prized 1957 Chevy, a favorite in car shows.

“He’s got a good rapport with the clientele,” Hannah Chabin said of her brother, Steve. Working with her behind the counter is Steve’s son, who is also named Steve. “It’s a lot of fun.”

The Morrisville location, which is run by Chabin’s brother, Jason, and business partner Eli Koulas, is connected to a body shop and regularly works on Amtrak vehicles.

Looking ahead, the elder Steve Chabin, the “neighborhood guy” from Langhorne, plans to open more RPM locations. His goal is 10 throughout Bucks County.

“Finding staffing is the biggest issue,” he said. “You have to find people who are more interested in a career. It’s a rewarding career.”

To that end, Chabin, a Bucks County Technical High School graduate, partners with the tech school in a co-op program which enables him to bring on two to three students each year.