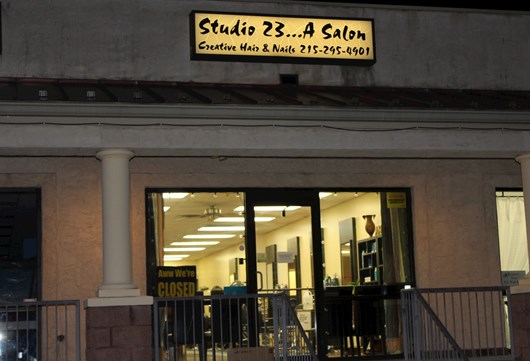 Carrie Kerner had worked as a hairstylist for 28 years and spent time managing salons but had never owned one. All of that changed when she crossed paths with the longtime owner of Studio 23 … A Salon. 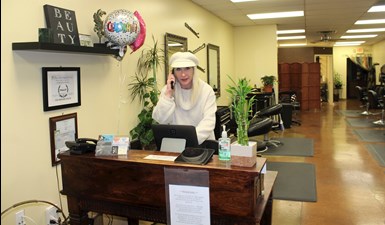 What began as a chance meeting between Kerner and Kat, who had owned Studio 23 … A Salon for 15 years, soon turned into what could only be described as fate.

Regular customers of the salon, which is situated next to Cosmos Restaurant, made Kerner feel right at home, bringing in doughnuts for all to enjoy, along with great conversation. The fun vibe is one that reminds her of the beautician’s welcoming in her favorite movie, “Steel Magnolias.”

“It’s very homey in here,” Kerner said. “I want a salon where you have a good time.”

Kerner installed a point-of-service system in place of the manual system, painted and spruced up the salon, which features eight hair stations, as well as a manicure/pedicure station and waxing station. In addition to Kerner, the salon employs three other hairstylists and a nail technician.

“As long as you have a good team who knows what they’re doing, there are no issues,” Kerner said, adding that the salon’s existing customers have helped set her up for success. “I know I can do it. I have a great book.”

With an eye on COVID-19 safety, Kerner and her staff sanitize everything between customers and keep a large bottle of hand sanitizer at the front of the salon for staff and customer use.

Kerner admits she was hesitant to own a business during the pandemic. However, with more than a month under her belt, she said she’s glad she took the plunge.

The salon offers various beauty services, including corrective coloring, balayage, hair color services, as well as haircuts and hair and makeup for weddings, proms, and other special occasions. 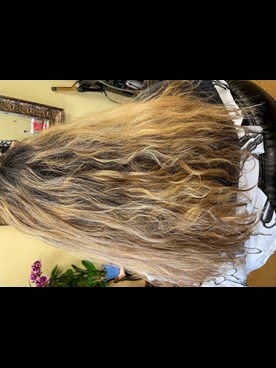 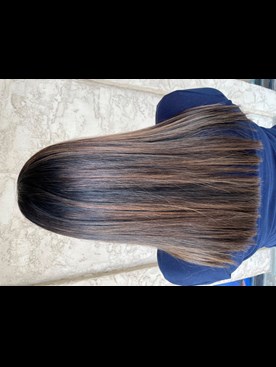 Kerner, of Bensalem, got her start doing hair right out of high school.

She received a scholarship to attend beauty school, received her cosmetology certification and has been cutting, dying, and styling hair ever since. Along with Kerner’s cosmetology roots, her daughter works as a hairstylist at a New Jersey salon.

“The hair thing runs in the family,” she said.