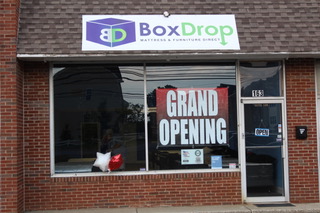 When Clark Martin met Louie Esparza while patrolling the seas in Kodiak, Alaska he had no idea his fellow Coast Guard colleague would guide him in navigating life’s uncharted waters.

Martin, a 30-year member of Falls Township Fire Company and lifelong Falls Township resident – except for his military time – followed in the footsteps of his “brother” in opening a BoxDrop mattress store recently.

“My whole life I traded opportunity for security only to find security isn’t very secure anymore,” Martin said of the catalyst for his first entrepreneurial venture.

Prior to opening BoxDrop of Delaware Valley on July 5, Martin worked in high tech sales for 25 years, 13 of which for a software security company. His strong sales background coupled with his marketing sense and personable demeanor made him a perfect fit for owning his own franchise business. 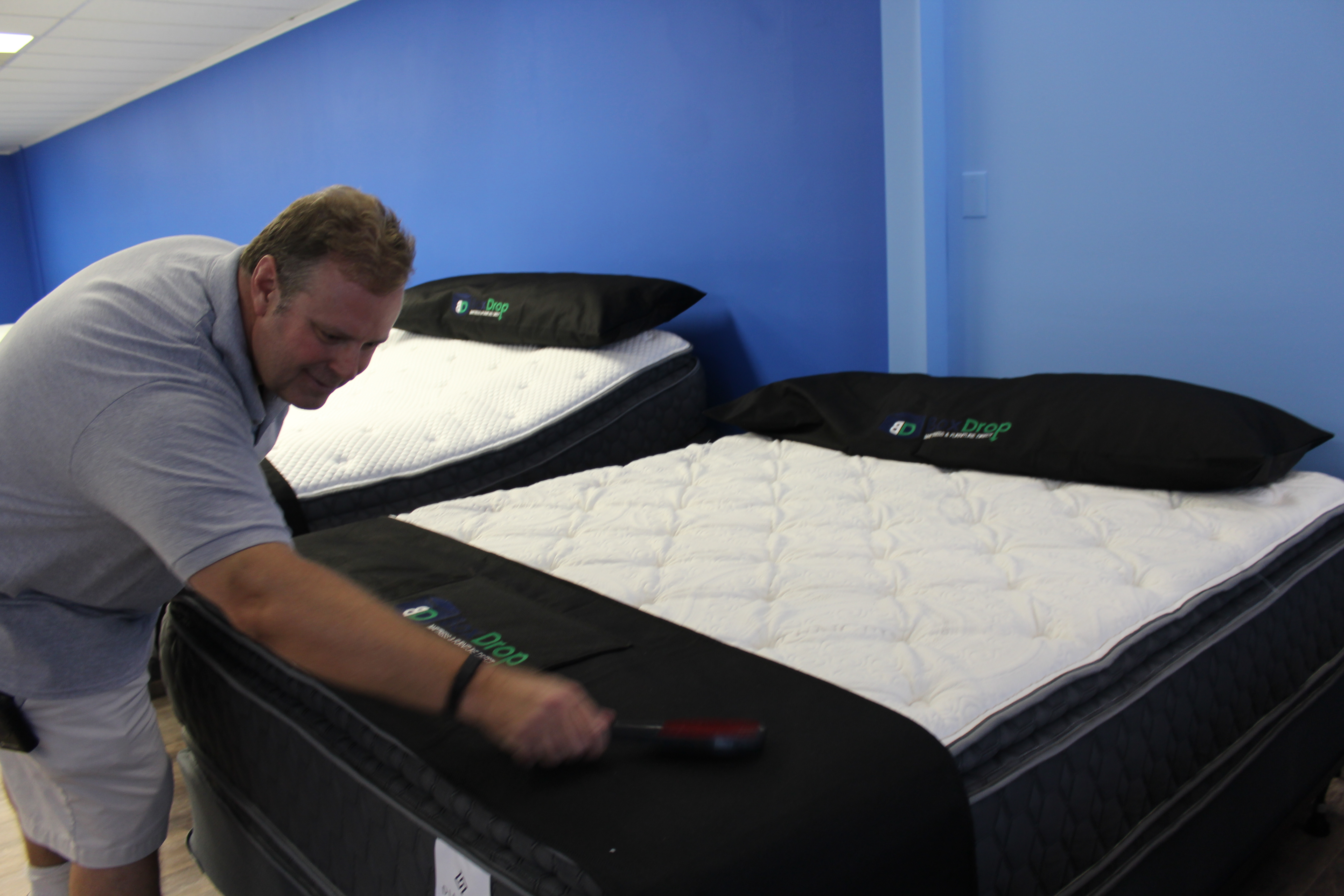 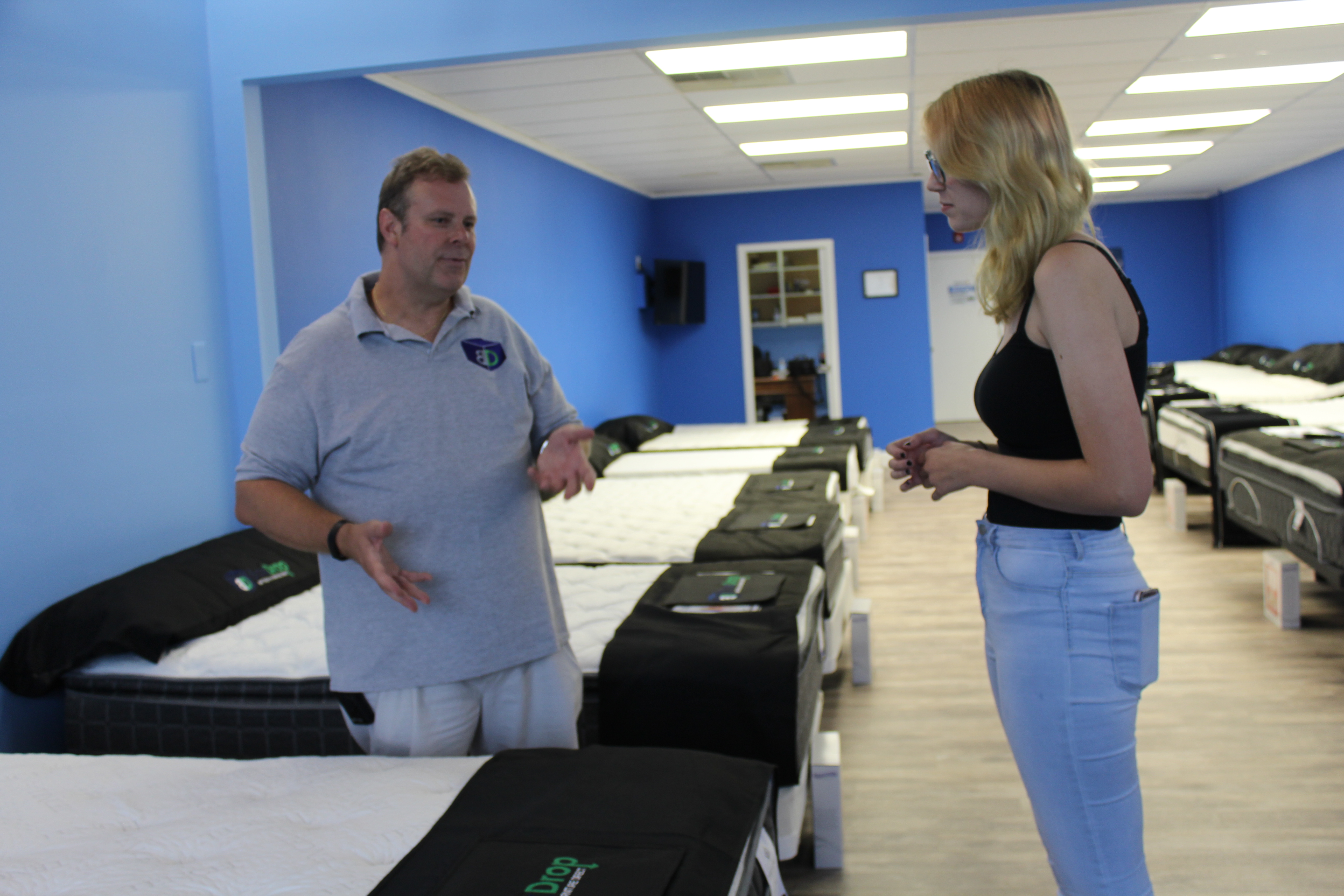 In terms of location, the former ceiling fan store along Lincoln Highway, which he likens to “the Madison Avenue of Falls Township,” was a prime location.

“I’ve been in this town forever,” Martin said. “I’m a Falls person. This is where I belong.”

As a business owner the ever-jovial Martin jokes that his roles have expanded from simply a salesman to president, CEO, chairman, janitor and window washer. He and his wife run the store with help from their four children. Being his own boss gives Martin the freedom to sell goods by his rules.

“A lot of sales people sell out of fear,” Martin said, noting instances where managers have pushed their staff to make sales. “I don’t have to operate that way and it’s huge for me.”

Instead, Martin said he strives to “take care of the customer,” even if that means not making a sale.

“When you let the customer get in the driver seat, they remember who jumped them and pressured them and who didn’t,” he said.

Since his store is smaller than most big box mattress retailers, Martin said he has fewer overhead expenses and is able to pass on lower costs to customers.

The Sapphire Euro Top mattress is his store’s most popular by far. The in-between firm and plush style mattress appeals to couples who can’t decide which they prefer. The Nature’s Sleep Arctic Crown is a favorite among customers looking to cool off while they sleep. The arctic gel inside the mattress “never gets hot” and “stays cool,” according to Martin.

In terms of mattress-picking tips, Martin said he encourages customers to lay down on mattresses in the same manner as you would for sleep. Too often customers look like they’re giving the mattress CPR, he said, noting that pushing on the mattress doesn’t really indicate its comfort for sleep.

“Lay down on it and get to know it,” Martin said. “Don’t go with the first mattress you see. Go with the one you like. You’re going to spend a third of your life on it.”

BoxDrop of Delaware Valley is located at 163 Lincoln Highway, Suite 100 in Fairless Hills. Store hours are Monday through Friday from 11 a.m. to 6 p.m., Saturday 10 a.m. to 5 p.m. and Sunday from 10 a.m. to 7 p.m. Appointments are also available and can be made by calling 267-628-6795 or emailing boxdropdelval@gmail.com. Financing for purchases is available. Mattress delivery is available for a nominal charge. For more information, visit BoxDrop’s Facebook page: https://www.facebook.com/boxdropdelval/.