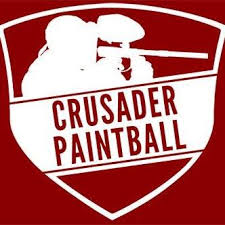 Sean Carlin and his four siblings grew up in Bucks County with “nothing” to do. When an outdoor paintball facility opened in Fairless Hills in 2004, Carlin, pretty much from then on, found a regular place to spend his time.

After graduating from Council Rock High School, Carlin, who studied entrepreneurship at Temple University, went on to work at Crusader Paintball as a manager.

When it came time for the then-owners to sell the business in 2010, he and his family were eager buyers.

The Carlins upgraded the former military themed fields, giving a new theme and shape to each of the seven fields on the facility’s roughly 6.5-acre tract. The fields are a roughly two-minute drive from the pro shop, where participants go to check in and pick up gear.

As the general manager of Crusader Paintball, Carlin said his only regret is that he doesn’t get to play as often as he once did. The good news is that he and his family are bringing the paintball experience to many more people, from kids as young as 8 years old. During spring, summer and fall months, the facility hosts 15 to 20 parties per weekend and as many as 1,000 total events per year. On busy weekends, Crusader Paintball has hosted as many as two dozen parties in one day. Parties range from two to four hours long and include use of the picnic area.

Walk-on play is also available on Saturdays and Sundays in three-hour increments as well.

“Paintball is just fun for everyone,” he said, adding that it has become the chosen site for bachelorette parties and sweet 16 parties, as well as team-building activities and more. “The basics of play can come pretty naturally.” “It’s like hide and seek with a little bit of tag,” is how he describes paintball.

Video games such as Call of Duty and Halo share the same objectives as paintball activities.

In 2016, Crusader Paintball hosted a team-building activity for Philadelphia Eagles players. The excursion was happening as kids’ birthday parties were in play – and the party-goers loved it.

“It was fun seeing the two interact,” he said.

Crusader Paintball is located at 225 Lincoln Highway in Fairless Hills. The pro shop is open Tuesday through Thursday from 2 p.m. to 8 p.m. and Saturday and Sunday from 9 a.m. to 5 p.m. Group paintball outings and parties are available. All players are required to sign a waiver. Monthly memberships can be purchased. Rates vary depending on length of time and other factors. For more information visit www.crusaderpaintball.com or call 215-949-4600.